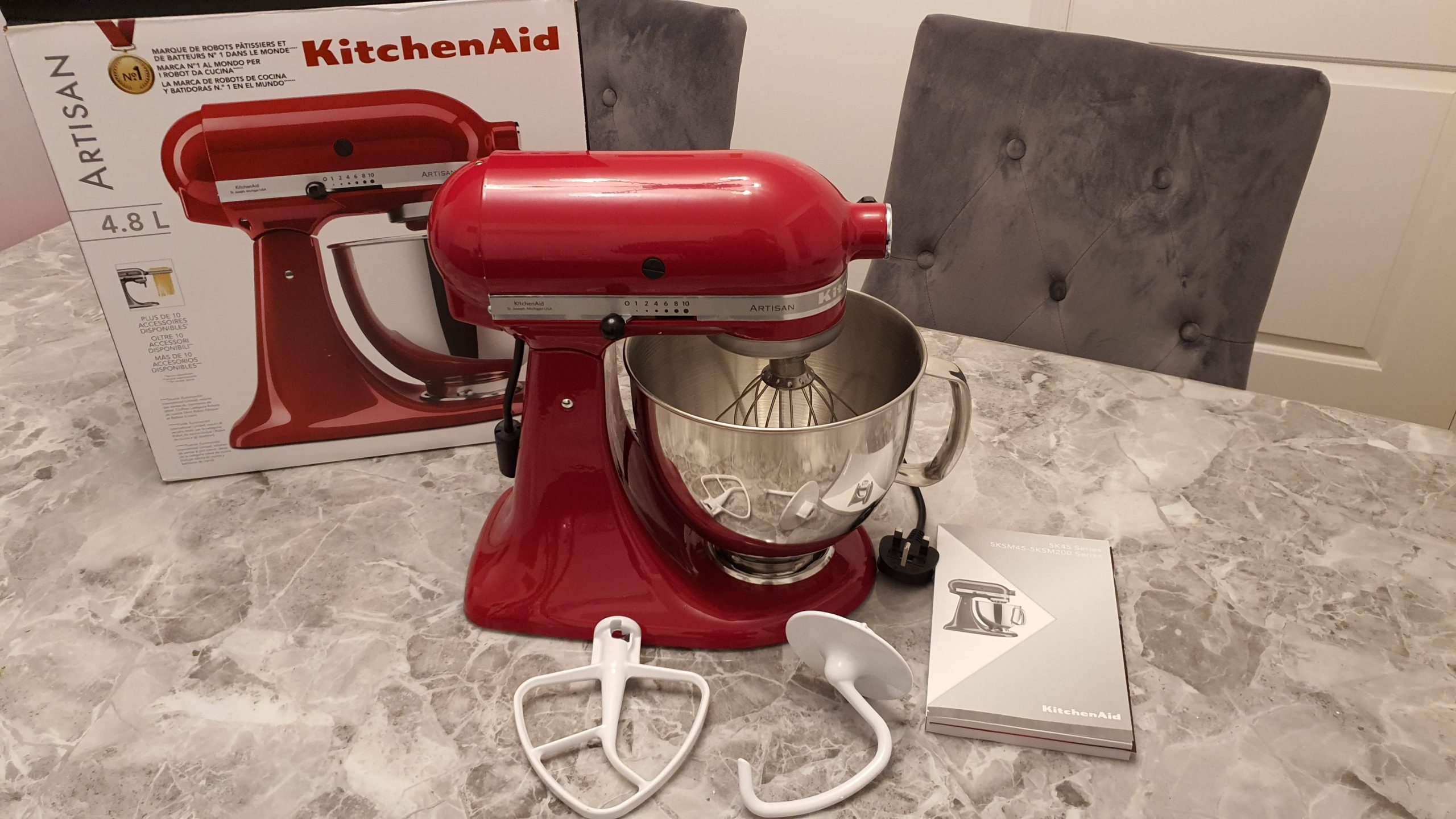 My wife recently got the KithenAid Artisan 5KSM125 mixer. She’s been doing a lot more baking ever since the Covid outbreak, she’s done a few bread doughs and that is a killer for kneading. It arrived today so I got the opportunity to do an unboxing video and give my first impressions.

Here’s some photos I took to let you see what you get.

HEAVY! The box weighed 10.8Kg, that’s gross weight packaging an all. The mixer still accounts for most of this. I’ll try and get it on the scale and update you with the weight soon. I guess that’s what you are paying for, quality. I heard some mixers are made of light flimsy materials, that they start wobbling toward the edge of the kitchen counter when it’s spinning around!

The tilt seems easy to operate, slide the switch to release the lock that will allow you to tilt. It pretty much tilts itself after a certain angle due to the motor’s weight at the end. The electrical cable is about a metre long, a big stainless steel bowl. The accessories include a whisk, flat beater and dough hook, all of which are metal.

This site uses Akismet to reduce spam. Learn how your comment data is processed.